In Our Rightful Share, Aline Helg examines the issue of race in Cuban society, politics, and ideology during the island's transition from a Spanish colony to an independent state. She challenges Cuba's well-established myth of racial equality and shows that racism is deeply rooted in Cuban creole society. Helg argues that despite Cuba's abolition of slavery in 1886 and its winning of independence in 1902, Afro-Cubans remained marginalized in all aspects of society. After the wars for independence, in which they fought en masse, Afro-Cubans demanded change politically by forming the first national black party in the Western Hemisphere. This challenge met with strong opposition from the white Cuban elite, culminating in the massacre of thousands of Afro-Cubans in 1912. The event effectively ended Afro-Cubans' political organization along racial lines, and Helg stresses that although some cultural elements of African origin were integrated into official Cuban culture, true racial equality has remained elusive. 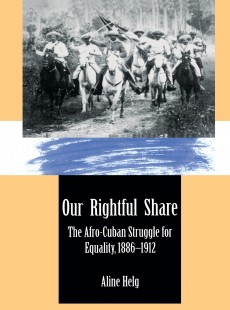