Out on Assignment illuminates the lives and writings of a lost world of women who wrote for major metropolitan newspapers at the start of the twentieth century. Using extraordinary archival research, Alice Fahs unearths a richly networked community of female journalists drawn by the hundreds to major cities--especially New York--from all parts of the United States.

Newspaper women were part of a wave of women seeking new, independent, urban lives, but they struggled to obtain the newspaper work of their dreams. Although some female journalists embraced more adventurous reporting, including stunt work and undercover assignments, many were relegated to the women's page. However, these intrepid female journalists made the women's page their own. Fahs reveals how their writings--including celebrity interviews, witty sketches of urban life, celebrations of being "bachelor girls," advice columns, and a campaign in support of suffrage--had far-reaching implications for the creation of new, modern public spaces for American women at the turn of the century. As observers and actors in a new drama of independent urban life, newspaper women used the simultaneously liberating and exploitative nature of their work, Fahs argues, to demonstrate the power of a public voice, both individually and collectively. 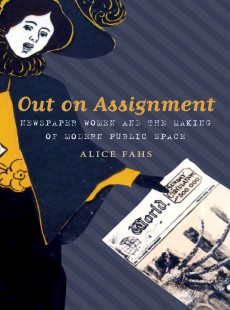 Newspaper Women and the Making of Modern Public Space