In 1982, Harvard-trained ethnobotanist Wade Davis traveled into the Haitian countryside to research reports of zombies--the infamous living dead of Haitian folklore. A report by a team of physicians of a verifiable case of zombification led him to try to obtain the poison associated with the process and examine it for potential medical use.

Interdisciplinary in nature, this study reveals a network of power relations reaching all levels of Haitian political life. It sheds light on recent Haitian political history, including the meteoric rise under Duvalier of the Tonton Macoute. By explaining zombification as a rational process within the context of traditional Vodoun society, Davis demystifies one of the most exploited of folk beliefs, one that has been used to denigrate an entire people and their religion. 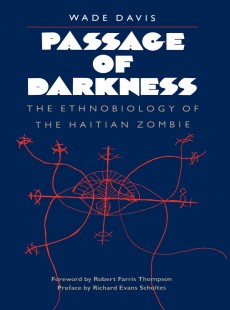 The Ethnobiology of the Haitian Zombie