While news reports about Pakistan tend to cover Taliban attacks and bombings, and academics focus on security issues, the environment often takes a backseat in media reportage and scholarship. In particular, Pakistani women's attachment to their environment and their environmental concerns are almost always ignored. Shazia Rahman traces the ways in which Pakistani women explore alternative, environmental modes of belonging, examines the vitality of place-based identities within Pakistani culture, and thereby contributes to evolving understandings of Pakistani women—in relation to both their environment and to various discourses of nation and patriarchy. Through an astute analysis of such works as Sabiha Sumar's Khamosh Pani (2003), Mehreen Jabbar's Ramchand Pakistani (2008), Sorayya Khan's Noor (2006), Uzma Aslam Khan's Trespassing (2003), and Kamila Shamsie's Burnt Shadows (2009), Rahman illuminates how Pakistani women's creative works portray how people live with one another, deal with their environment, and intuit their relationship with the spiritual. She considers how literary and cinematic documentation of place-based identities simultaneously critiques and counters stereotypes of Pakistan as a country of religious nationalism and oppressive patriarchy. Rahman's analysis discloses fresh perspectives for thinking about the relationship between social and environmental justice. 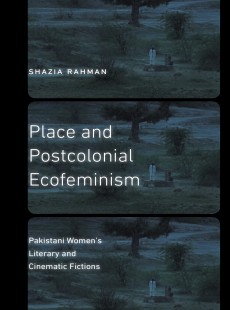