Neel Ahuja tracks the figure of the climate refugee in public media and policy over the past decade, arguing that journalists, security experts, politicians, and nongovernmental organizations have often oversimplified climate change and obfuscated the processes that drive mass migration. To understand the systemic reasons for displacement, Ahuja argues, it is necessary to reframe climate disaster as interlinked with the history of capitalism and the global politics of race, wherein racist presumptions about agrarian underdevelopment and Indigenous knowledge mask how financial, development, migration, and climate adaptation policies reproduce growing inequalities.

Drawing on the work of Cedric Robinson and theories of racial capitalism, Ahuja considers how the oil industry transformed the economic and geopolitical processes that lead to displacement. From South Asia to the Persian Gulf, Europe, and North America, Ahuja studies how Asian trade, finance, and labor connections have changed the nature of race, borders, warfare, and capitalism since the 1970s. Ultimately, Ahuja argues that only by reckoning with how climate change emerges out of longer histories of race, colonialism, and capitalism can we begin to build a sustainable and just future for those most affected by environmental change. 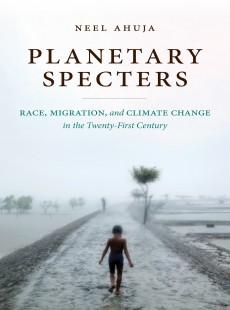 Race, Migration, and Climate Change in the Twenty-First Century