Billings disputes the assumption that an incipient merchant class built the state's cotton mills; he reveals that a majority of the early mills was owned by prominent planters and agrarians. He shows the persistent hegemony and support for industrialization among the landed upper class and describes several generations of five powerful North Carolina families who spread plantation paternalism to the mill-village system. Billings compares this with similar cases in Germany and Japan. 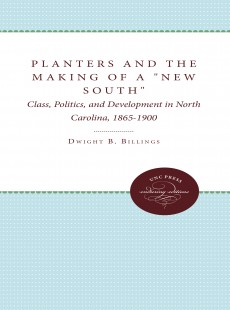 Planters and the Making of a "New South"