How well do we know our country? Whom do we include when we use the word "American"? These are not just contemporary issues but recurring questions Americans have asked themselves throughout their history--and questions that were addressed when, in 1935, the Roosevelt administration created the Federal Writers' Project (FWP) under the aegis of the Works Progress Administration. Although the immediate context of the FWP was work relief, national FWP officials developed programs that spoke to much larger and longer-standing debates over the nature of American identity and culture and the very definition of who was an American.

Hirsch reviews the founding of the FWP and the significance of its American Guide series, considering the choices made by administrators who wanted to celebrate diversity as a positive aspect of American cultural identity. In his exploration of the FWP's other writings, Hirsch discusses the project's pioneering use of oral history in interviews with ordinary southerners, ex-slaves, ethnic minorities, and industrial workers. He also examines congressional critics of the FWP vision; the occasional opposition of local Federal Writers, especially in the South; and how the FWP's vision changed in response to the challenge of World War II. In the course of this study, Hirsch raises thought-provoking questions about the relationships between diversity and unity, government and culture, and, ultimately, culture and democracy. 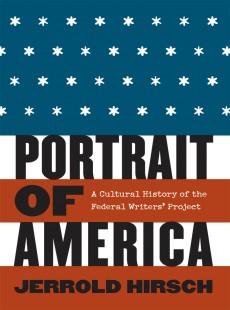 A Cultural History of the Federal Writers' Project