Robert S. Kim contributes to a fuller understanding of Asia in World War II by revealing the role of American Christian missionary families in the development of the Korean independence movement and the creation of Project Eagle, the forgotten alliance between that movement and the Office of Strategic Services (OSS), called Project Eagle.Project Eagle tells the story of American missionaries in Korea from 1884 to 1942. They brought a new religion, modern education, and American political ideals to a nation conquered and ruled by the Japanese Empire. The missionaries' influence inextricably linked Christianity and American-style democracy to Korean nationalism and independence, meanwhile establishing an especially strong presence in Pyongyang. Project Eagle connects this era for the first time to OSS-Korean cooperation during the war through the story of its central figures: American missionary sons George McCune and Clarence Weems and one of Korea's leading national heroes, Kim Ku. Project Eagle illuminates the shared history between Americans and Koreans that has remained largely unexamined since World War II. The legacy of these American actions in Korea, ignored by the U.S. government and the academy since 1945, has shaped the relationship of the United States to both North Korea and South Korea and remains crucial to understanding the future of U.S. relations with both Koreas. 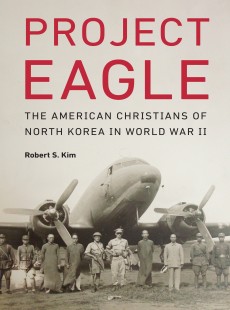 The American Christians of North Korea in World War II