Between 1840 and 1920, Cuba abolished slavery, fought two wars of independence, and was occupied by the United States before finally becoming an independent republic. Tiffany A. Sippial argues that during this tumultuous era, Cuba's struggle to define itself as a modern nation found focus in the social and sexual anxieties surrounding prostitution and its regulation.
Sippial shows how prostitution became a prism through which Cuba's hopes and fears were refracted. Widespread debate about prostitution created a forum in which issues of public morality, urbanity, modernity, and national identity were discussed with consequences not only for the capital city of Havana but also for the entire Cuban nation.
Republican social reformers ultimately recast Cuban prostitutes--and the island as a whole--as victims of colonial exploitation who could be saved only by a government committed to progressive reforms in line with other modernizing nations of the world. By 1913, Cuba had abolished the official regulation of prostitution, embracing a public health program that targeted the entire population, not just prostitutes. Sippial thus demonstrates the central role the debate about prostitution played in defining republican ideals in independent Cuba. 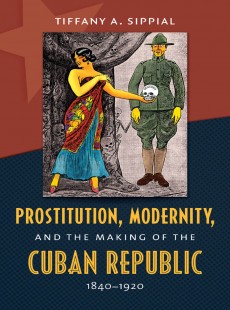 Prostitution, Modernity, and the Making of the Cuban Republic, 1840-1920