Patrick Barr-Melej here illuminates modern Chilean history with an unprecedented chronicle and reassessment of the sixties and seventies. During a period of tremendous political and social strife that saw the election of a Marxist president followed by the terror of a military coup in 1973, a youth-driven, transnationally connected counterculture smashed onto the scene. Contributing to a surging historiography of the era's Latin American counterculture, Barr-Melej draws on media and firsthand interviews in documenting the intertwining of youth and counterculture with discourses rooted in class and party politics. Focusing on "hippismo" and an esoteric movement called Poder Joven, Barr-Melej challenges a number of prevailing assumptions about culture, politics, and the Left under Salvador Allende's "Chilean Road to Socialism."

While countercultural attitudes toward recreational drug use, gender roles and sexuality, rock music, and consumerism influenced many youths on the Left, the preponderance of leftist leaders shared a more conservative cultural sensibility. This exposed, Barr-Melej argues, a degree of intergenerational dissonance within leftist ranks. And while the allure of new and heterodox cultural values and practices among young people grew, an array of constituencies from the Left to the Right berated counterculture in national media, speeches, schools, and other settings. This public discourse of contempt ultimately contributed to the fierce repression of nonconformist youth culture following the coup. 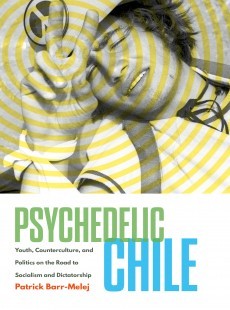 Youth, Counterculture, and Politics on the Road to Socialism and Dictatorship