In Pursuit of Unity, Michael Perman presents a comprehensive analysis of the South's political history. In the 1800s, the region endured almost continuous political crisis--nullification, secession, Reconstruction, the Populist revolt, and disfranchisement. For most of the twentieth century, the region was dominated by a one-party system, the "Solid South," that ensured both political unity internally and political influence in Washington. But in both centuries, the South suffered from the noncompetitive, one-party politics that differentiated it from the rest of the country. Since the passage of the Voting Rights Act in 1965, Perman argues, the South's political distinctiveness has come to an end, as has its pursuit of unity. 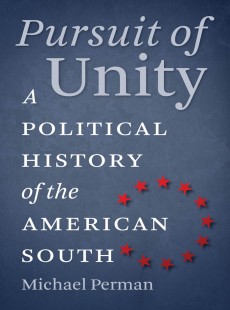 A Political History of the American South