The nineteenth-century history of the Church of Jesus Christ of Latter-day Saints, Max Perry Mueller argues, illuminates the role that religion played in forming the notion of three "original" American races—red, black, and white—for Mormons and others in the early American Republic. Recovering the voices of a handful of black and Native American Mormons who resolutely wrote themselves into the Mormon archive, Mueller threads together historical experience and Mormon scriptural interpretations. He finds that the Book of Mormon is key to understanding how early followers reflected but also departed from antebellum conceptions of race as biblically and biologically predetermined. Mormon theology and policy both challenged and reaffirmed the essentialist nature of the racialized American experience.

The Book of Mormon presented its believers with a radical worldview, proclaiming that all schisms within the human family were anathematic to God's design. That said, church founders were not racial egalitarians. They promoted whiteness as an aspirational racial identity that nonwhites could achieve through conversion to Mormonism. Mueller also shows how, on a broader level, scripture and history may become mutually constituted. For the Mormons, that process shaped a religious movement in perpetual tension between its racialist and universalist impulses during an era before the concept of race was secularized. 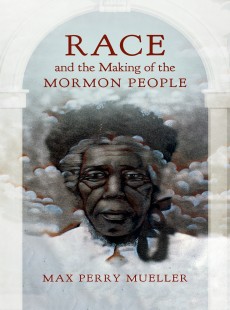 Race and the Making of the Mormon People