A vexed figure inhabits U.S. literature and culture: the visibly racialized immigrant who disavows minority identity and embraces the American dream. Such figures are potent and controversial, for they promise to expiate racial violence and perpetuate an exceptionalist ideal of America. Swati Rana grapples with these figures, building on studies of literary character and racial form. Rana offers a new way to view characterization through racialization that creates a fuller social reading of race. Situated in a nascent period of ethnic identification from 1900 to 1960, this book focuses on immigrant writers who do not fit neatly into a resistance-based model of ethnic literature. Writings by Paule Marshall, Ameen Rihani, Dalip Singh Saund, Jose Garcia Villa, and Jose Antonio Villarreal symbolize different aspects of the American dream, from individualism to imperialism, assimilation to upward mobility. The dynamics of characterization are also those of contestation, Rana argues. Analyzing the interrelation of persona and personhood, Race Characters presents an original method of comparison, revealing how the protagonist of the American dream is socially constrained and structurally driven. 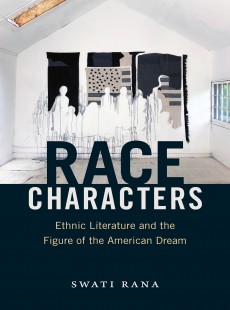 Ethnic Literature and the Figure of the American Dream