Race mixture has played a formative role in the history of the Americas, from the western expansion of the United States to the political consolidation of emerging nations in Latin America. Debra J. Rosenthal examines nineteenth-century authors in the United States and Spanish America who struggled to give voice to these contemporary dilemmas about interracial sexual and cultural mixing.

Rosenthal argues that many literary representations of intimacy or sex took on political dimensions, whether advocating assimilation or miscegenation or defending the status quo. She also examines the degree to which novelists reacted to beliefs about skin differences, blood taboos, incest, desire, or inheritance laws. Rosenthal discusses U.S. authors such as James Fenimore Cooper, Catharine Maria Sedgwick, Walt Whitman, William Dean Howells, and Lydia Maria Child as well as contemporary novelists from Cuba, Peru, and Ecuador, such as Gertrudis Gomez de Avellaneda, Clorinda Matto de Turner, and Juan Leon Mera. With her multinational approach, Rosenthal explores the significance of racial hybridity to national and literary identity and participates in the wider scholarly effort to broaden critical discussions about America to include the Americas. 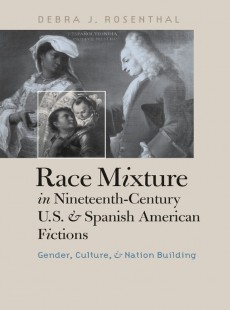