While public debates over America's current foreign policy often treat American empire as a new phenomenon, this lively collection of essays offers a pointed reminder that visions of national and imperial greatness were a cornerstone of the new country when it was founded. In fact, notions of empire have long framed debates over western expansion, Indian removal, African slavery, Asian immigration, and global economic dominance, and they persist today despite the proliferation of anti-imperialist rhetoric.

In fifteen essays, distinguished historians examine the central role of empire in American race relations, nationalism, and foreign policy from the founding of the United States to the twenty-first century. The essays trace the global expansion of American merchant capital, the rise of an evangelical Christian mission movement, the dispossession and historical erasure of indigenous peoples, the birth of new identities, and the continuous struggles over the place of darker-skinned peoples in a settler society that still fundamentally imagines itself as white. Full of transnational connections and cross-pollinations, of people appearing in unexpected places, the essays are also stories of people being put, quite literally, in their place by the bitter struggles over the boundaries of race and nation. Collectively, these essays demonstrate that the seemingly contradictory processes of boundary crossing and boundary making are and always have been intertwined. 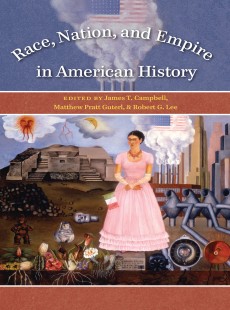