Generations of historians have maintained that in the last decade of the nineteenth century white-supremacist racial ideologies such as Anglo-Saxonism, social Darwinism, benevolent assimilation, and the concept of the "white man's burden" drove American imperialist ventures in the nonwhite world. In Race over Empire, Eric T. L. Love contests this view and argues that racism had nearly the opposite effect.

From President Grant's attempt to acquire the Dominican Republic in 1870 to the annexations of Hawaii and the Philippines in 1898, Love demonstrates that the imperialists' relationship with the racist ideologies of the era was antagonistic, not harmonious. In a period marked by Jim Crow, lynching, Chinese exclusion, and immigration restriction, Love argues, no pragmatic politician wanted to place nonwhites at the center of an already controversial project by invoking the concept of the "white man's burden." Furthermore, convictions that defined "whiteness" raised great obstacles to imperialist ambitions, particularly when expansionists entered the tropical zone. In lands thought to be too hot for "white blood," white Americans could never be the main beneficiaries of empire.

What emerges from Love's analysis is a critical reinterpretation of the complex interactions between politics, race, labor, immigration, and foreign relations at the dawn of the American century. 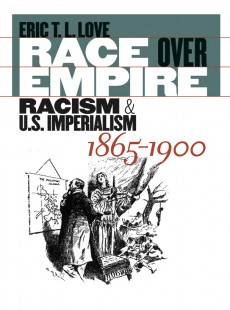