Who had the right to live within the newly united states of America?

In the country's founding decades, federal and state politicians debated which categories of people could remain and which should be subject to removal. The result was a white Republic, purposefully constructed through contentious legal, political, and diplomatic negotiation. But, as Samantha Seeley demonstrates, removal, like the right to remain, was a battle fought on multiple fronts. It encompassed tribal leaders' fierce determination to expel white settlers from Native lands and free African Americans' legal maneuvers both to remain within the states that sought to drive them out and to carve out new lives in the West. Never losing sight of the national implications of regional conflicts, Seeley brings us directly to the battlefield, to middle states poised between the edges of slavery and freedom where removal was both warmly embraced and hotly contested. 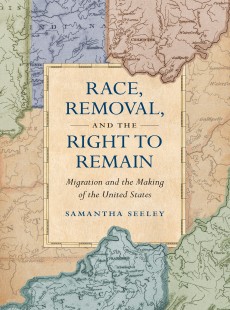 Migration and the Making of the United States