In a theater of war long forgotten and barely even known at the time, James Harry Hantzis and his fellow soldiers labored at a thankless task under oppressive conditions. Nonetheless, as Rails of War demonstrates, without the men of the 721st Railway Operating Battalion, the Allied forces would have been defeated in the China-Burma-India conflict in World War II. Steven James Hantzis's father served alongside other GI railroaders in overcoming danger, disease, fire, and monsoons to move the weight of war in the China-Burma-India theater. Torn from their predictable working-class lives, the men of the 721st journeyed fifteen thousand miles to Bengal, India, to do the impossible: build, maintain, and manage seven hundred miles of track through the most inhospitable environment imaginable. From the harrowing adventures of the Flying Tigers and Merrill's Marauders to detailed descriptions of grueling jungle operations and the Siege of Myitkyina, this is the remarkable story of the extraordinary men of the 721st, who moved an entire army to win the war. For more information about Rails of War, visit railsofwar.com. 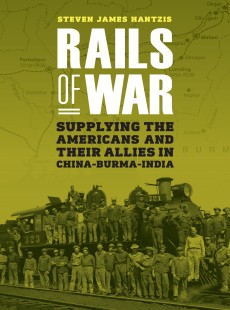 Supplying the Americans and Their Allies in China-Burma-India