A disrobing acrobat, a female Hamlet, and a tuba-playing labor activist--all these women come to life in Rank Ladies. In this comprehensive study of women in vaudeville, Alison Kibler reveals how female performers, patrons, and workers shaped the rise and fall of the most popular live entertainment at the turn of the century.
Kibler focuses on the role of gender in struggles over whether high or low culture would reign in vaudeville, examining women's performances and careers in vaudeville, their status in the expanding vaudeville audience, and their activity in the vaudevillians' labor union. Respectable women were a key to vaudeville's success, she says, as entrepreneurs drew women into audiences that had previously been dominated by working-class men and recruited female artists as performers. But although theater managers publicly celebrated the cultural uplift of vaudeville and its popularity among women, in reality their houses were often hostile both to female performers and to female patrons and home to women who challenged conventional understandings of respectable behavior. Once a sign of vaudeville's refinement, Kibler says, women became associated with the decay of vaudeville and were implicated in broader attacks on mass culture as well. 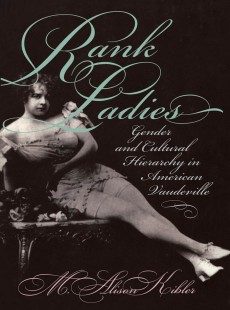