Using Charlotte, North Carolina, as a case study of the dynamics of racial change in the 'moderate' South, Davison Douglas analyzes the desegregation of the city's public schools from the Supreme Court's 1954 Brown v. Board of Education decision through the early 1970s, when the city embarked upon the most ambitious school busing plan in the nation. In charting the path of racial change, Douglas considers the relative efficacy of the black community's use of public demonstrations and litigation to force desegregation. He also evaluates the role of the city's white business community, which was concerned with preserving Charlotte's image as a racially moderate city, in facilitating racial gains.

Charlotte's white leadership, anxious to avoid economically damaging racial conflict, engaged in early but decidedly token integration in the late 1950s and early 1960s in response to the black community's public protest and litigation efforts. The insistence in the late 1960s on widespread busing, however, posed integration demands of an entirely different magnitude. As Douglas shows, the city's white leaders initially resisted the call for busing but eventually relented because they recognized the importance of a stable school system to the city's continued prosperity. 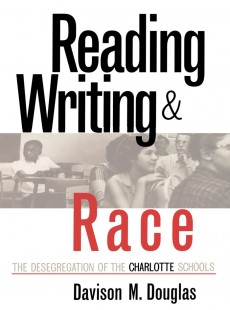 The Desegregation of the Charlotte Schools