Warren Nord's thoughtful book tackles an issue of great importance in contemporary America: the role of religion in our public schools and universities. According to Nord, public opinion has been excessively polarized by those religious conservatives who would restore religious purposes and practices to public education and by those secular liberals for whom religion is irrelevant to everything in the curriculum. While he maintains that public schools and universities must not promote religion, he also argues that there are powerful philosophical, political, moral, and constitutional reasons for requiring students to study religion. Indeed, only if religion is included in the curriculum will students receive a truly liberal education, one that takes seriously a variety of ways of understanding the human experience. Intended for a broad audience, Nord's comprehensive study encompasses American history, constitutional law, educational theory and practice, theology, philosophy, and ethics. It also discusses a number of current, controversial issues, including multiculturalism, moral education, creationism, academic freedom, and the voucher and school choice movements. 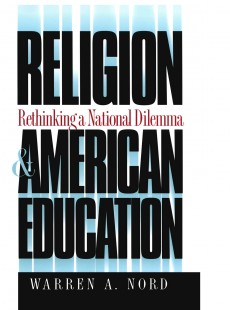