American narratives often celebrate the nation's rich heritage of religious freedom. There is, however, a less told and often ignored part of the story: the ways that intolerance and cultures of hate have manifested themselves within American religious history and culture.

In the first ever documentary survey of religious intolerance from the colonial era to the present, volume editors John Corrigan and Lynn S. Neal define religious intolerance and explore its history and manifestations, including hate speech, discrimination, incarceration, expulsion, and violence. Organized thematically, the volume combines the editors' discussion with more than 150 striking primary texts and pictures that document intolerance toward a variety of religious traditions. Moving from anti-Catholic Ku Klux Klan propaganda to mob attacks on Mormons, the lynching of Leo Frank, the kidnapping of "cult" members, and many other episodes, the volume concludes with a chapter addressing the changing face of religious intolerance in the twenty-first century, with examples of how the problem continues to this day. 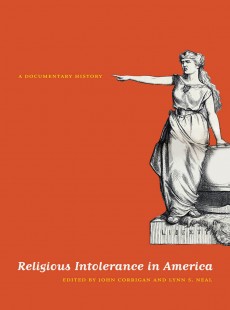