A gifted chef, restaurateur, and writer working at a time when Americans were beginning to take a new interest in their culinary heritage, Bill Neal (1950-1991) helped raise Southern food to national prominence.

Having rescued spattered and faded recipe cards from the Chapel Hill restaurant they founded together, Bill's former wife and business partner, Moreton Neal, has compiled a book that embodies the diversity and range of his cooking and illustrates the aesthetic that he applied to making meals. Remembering Bill Neal features more than 150 recipes--most of them never published before--from all stages of Bill's career: classic French dishes from La Residence, Southern traditional cooking from Crook's Corner, and fast and easy recipes from home. Moreton's introductory passages and headnotes introduce Bill to readers and put his recipes in the context of his career and his legacy as a chef.

Part cookbook, part memoir, this volume both instructs and entertains, showing the lasting importance of Bill Neal's influence in the American regional cooking movement as well as being a muse and a mentor to a generation of Southern home and professional cooks. 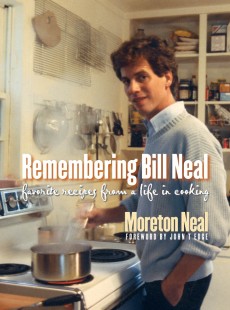 Favorite Recipes from a Life in Cooking