In a groundbreaking, comprehensive history of the Army of Northern Virginia's retreat from Gettysburg in July 1863, Kent Masterson Brown draws on previously untapped sources to chronicle the massive effort of General Robert E. Lee and his command as they sought to move people, equipment, and scavenged supplies through hostile territory and plan the army's next moves. Brown reveals that even though the battle of Gettysburg was a defeat for the Army of Northern Virginia, Lee's successful retreat maintained the balance of power in the eastern theater and left his army with enough forage, stores, and fresh meat to ensure its continued existence as an effective force. 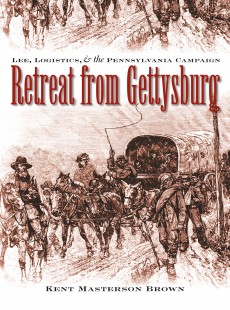 Lee, Logistics, and the Pennsylvania Campaign