Freedom fighters. Guerrilla warriors. Soldiers of fortune. The many civil wars and rebellions against communist governments drew heavily from this cast of characters. Yet from Nicaragua to Afghanistan, Vietnam to Angola, Cuba to the Congo, the connections between these anticommunist groups have remained hazy and their coordination obscure. Yet as Kyle Burke reveals, these conflicts were the product of a rising movement that sought paramilitary action against communism worldwide. Tacking between the United States and many other countries, Burke offers an international history not only of the paramilitaries who started and waged small wars in the second half of the twentieth century but of conservatism in the Cold War era.

From the start of the Cold War, Burke shows, leading U.S. conservatives and their allies abroad dreamed of an international anticommunist revolution. They pinned their hopes to armed men, freedom fighters who could unravel communist states from within. And so they fashioned a global network of activists and state officials, guerrillas and mercenaries, ex-spies and ex-soldiers to sponsor paramilitary campaigns in Asia, Africa, and Latin America. Blurring the line between state-sanctioned and vigilante violence, this armed crusade helped radicalize right-wing groups in the United States while also generating new forms of privatized warfare abroad. 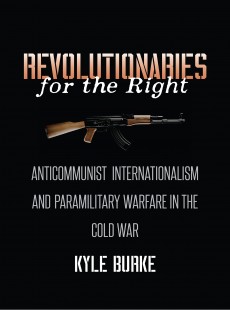 Revolutionaries for the Right

Anticommunist Internationalism and Paramilitary Warfare in the Cold War