In this remarkable book, Graham Hodges presents a comprehensive history of African Americans in New York City and its rural environs from the arrival of the first African--a sailor marooned on Manhattan Island in 1613--to the bloody Draft Riots of 1863. Throughout, he explores the intertwined themes of freedom and servitude, city and countryside, and work, religion, and resistance that shaped black life in the region through two and a half centuries.

Hodges chronicles the lives of the first free black settlers in the Dutch-ruled city, the gradual slide into enslavement after the British takeover, the fierce era of slavery, and the painfully slow process of emancipation. He pays particular attention to the black religious experience in all its complexity and to the vibrant slave culture that was shaped on the streets and in the taverns. Together, Hodges shows, these two potent forces helped fuel the long and arduous pilgrimage to liberty. 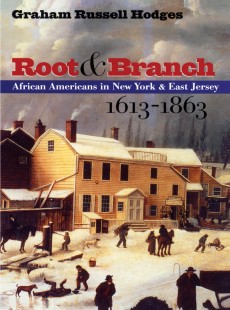