Struggling to free itself from a century of economic decline and stagnation, the town of San Miguel de Allende, nestled in the hills of central Mexico, discovered that its "timeless" quality could provide a way forward. While other Mexican towns pursued policies of industrialization, San Miguel—on the economic, political, and cultural margins of revolutionary Mexico—worked to demonstrate that it preserved an authentic quality, earning designation as a "typical Mexican town" by the Guanajuato state legislature in 1939. With the town's historic status guaranteed, a coalition of local elites and transnational figures turned to an international solution—tourism—to revive San Miguel's economy and to reinforce its Mexican identity.               Lisa Pinley Covert examines how this once small, quiet town became a UNESCO World Heritage Site and home to one of Mexico's largest foreign-born populations. By exploring the intersections of economic development and national identity formation in San Miguel, she reveals how towns and cities in Mexico grappled with change over the course of the twentieth century. Covert similarly identifies the historical context shaping the promise and perils of a shift from an agricultural to a service-based economy. In the process, she demonstrates how San Miguel could be both typically Mexican and palpably foreign and how the histories behind each process were inextricably intertwined. 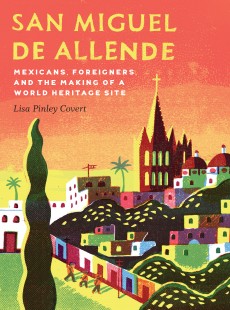 Mexicans, Foreigners, and the Making of a World Heritage Site