In the years of expanding state authority following the Black Death, English common law permitted the leasing of parishes by their rectors and vicars, who then pursued interests elsewhere and left the parish in the control of lay lessees. But a series of statutes enacted by Henry VIII between 1529 and 1540 effectively reduced such clerical absenteeism. Robert Palmer examines this transformation of the English parish and argues that it was an important part of the English Reformation.

Palmer analyzes an extensive set of data drawn from common law records to reveal a vigorous and effective effort by the laity to enforce the new statutes. Motivated by both economic and traditional ideals, the litigants made the commercial activities of leaseholding and buying for resale and profit the exclusive domain of the laity and acquired the power to regulate the clergy. According to Palmer, these parish-level reformations presaged and complemented other initiatives of the crown that have long been considered central to the reign of Henry VIII. 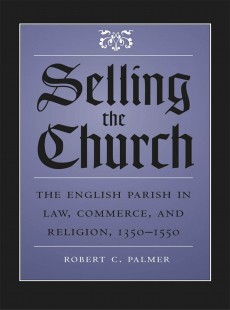