The first half of the twentieth century witnessed a growing interest in America's folk heritage, as Americans began to enthusiastically collect, present, market, and consume the nation's folk traditions. Examining one of this century's most
prominent "folk revivals--the reemergence of Southern Appalachian handicraft traditions in the 1930s--Jane Becker unravels the cultural politics that bound together a complex network of producers, reformers, government officials, industries, museums, urban markets, and consumers, all of whom helped to redefine Appalachian craft production in the context of a national cultural identity.
Becker uses this craft revival as a way of exploring the construction of the cultural categories "folk" and "tradition." She also addresses the consequences such labels have had on the people to whom they have been assigned. Though the revival of domestic arts in the Southern Appalachians reflected an attempt to aid the people of an impoverished region, she says, as well as a desire to recapture an important part of the nation's folk heritage, in reality the new craft production owed less to tradition than to middle-class tastes and consumer culture--forces that obscured the techniques used by mountain laborers and the conditions in which they worked. 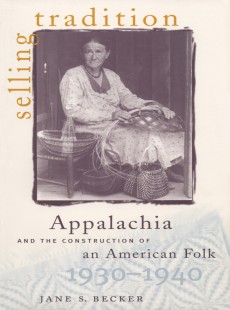 Appalachia and the Construction of an American Folk, 1930-1940