Challenging the conventional wisdom that the 1930s were dominated by literary and photographic realism, Sensational Modernism uncovers a rich vein of experimental work by politically progressive artists. Examining images by photographers such as Weegee and Aaron Siskind and fiction by writers such as William Carlos Williams, Richard Wright, Tillie Olsen, and Pietro di Donato, Joseph Entin argues that these artists drew attention to the country's most vulnerable residents by using what he calls an "aesthetic of astonishment," focused on startling, graphic images of pain, injury, and prejudice.

Traditional portrayals of the poor depicted stoic, passive figures of sentimental suffering or degraded but potentially threatening figures in need of supervision. Sensational modernists sought to shock middle-class audiences into new ways of seeing the nation's impoverished and outcast populations. The striking images these artists created, often taking the form of contorted or disfigured bodies drawn from the realm of the tabloids, pulp magazines, and cinema, represented a bold, experimental form of social aesthetics. Entin argues that these artists created a willfully unorthodox brand of vernacular modernism in which formal avant-garde innovations were used to delineate the conditions, contradictions, and pressures of life on the nation's fringes. 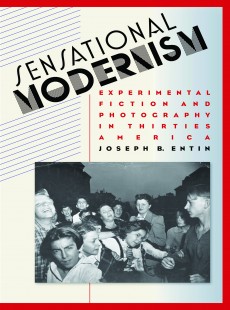