Civil War soldiers enjoyed unprecedented access to obscene materials of all sorts, including mass-produced erotic fiction, cartes de visite, playing cards, and stereographs. A perfect storm of antebellum legal, technological, and commercial developments, coupled with the concentration of men fed into armies, created a demand for, and a deluge of, pornography in the military camps. Illicit materials entered in haversacks, through the mail, or from sutlers; soldiers found pornography discarded on the ground, and civilians discovered it in abandoned camps. Though few examples survived the war, these materials raised sharp concerns among reformers and lawmakers, who launched campaigns to combat it. By the war's end, a victorious, resurgent American nation-state sought to assert its moral authority by redefining human relations of the most intimate sort, including the regulation of sex and reproduction—most evident in the Comstock laws, a federal law and a series of state measures outlawing pornography, contraception, and abortion. With this book, Judith Giesberg has written the first serious study of the erotica and pornography that nineteenth-century American soldiers read and shared and links them to the postwar reaction to pornography and to debates about the future of sex and marriage. 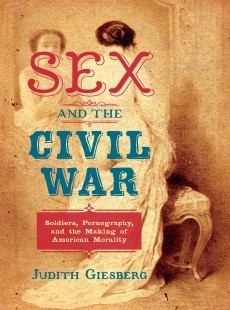 Sex and the Civil War

Soldiers, Pornography, and the Making of American Morality