Richard Hamm examines prohibitionists' struggle for reform from the late nineteenth century to their great victory in securing passage of the Eighteenth Amendment. Because the prohibition movement was a quintessential reform effort, Hamm uses it as a case study to advance a general theory about the interaction between reformers and the state during the Gilded Age and Progressive Era. Most scholarship on prohibition focuses on its social context, but Hamm explores how the regulation of commerce and the federal tax structure molded the drys' crusade. Federalism gave the drys a restricted setting--individual states--as a proving ground for their proposals. But federal policies precipitated a series of crises in the states that the drys strove to overcome. According to Hamm, interaction with the federal government system helped to reshape prohibitionists' legal culture--that is, their ideas about what law was and how it could be used. 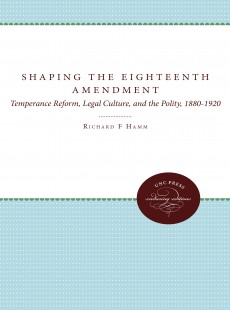