Shaking up New York and national politics by becoming the first African American congresswoman and, later, the first Black major-party presidential candidate, Shirley Chisholm left an indelible mark as an "unbought and unbossed" firebrand and a leader in politics for meaningful change. Chisholm spent her formative years moving between Barbados and Brooklyn, and the development of her political orientation did not follow the standard narratives of the civil rights or feminist establishments. Rather, Chisholm arrived at her Black feminism on her own path, making signature contributions to U.S. politics as an inventor and practitioner of Black feminist power—the vantage point centering Black girls and women in the movement that sought to transform political power into a broadly democratic force.

Anastasia C. Curwood interweaves Chisholm's public image, political commitments, and private experiences to create a definitive account of a consequential life. In so doing, Curwood suggests new truths for understanding the social movements of Chisholm's time and the opportunities she forged for herself through multicultural, multigenerational, and cross-gender coalition building. 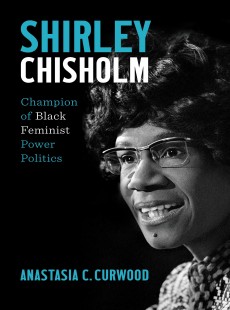