First published in 1867, Slave Songs of the United States represents the work of its three editors, all of whom collected and annotated these songs while working in the Sea Islands of South Carolina during the Civil War, and also of other collectors who transcribed songs sung by former slaves in other parts of the country. The transcriptions are preceded by an introduction written by William Francis Allen, the chief editor of the collection, who provides his own explanation of the origin of the songs and the circumstances under which they were sung. One critic has noted that, like the editors' introductions to slave narratives, Allen's introduction seeks to lend to slave expressions the honor of white authority and approval. Gathered during and after the Civil War, the songs, most of which are religious, reflect the time of slavery, and their collectors worried that they were beginning to disappear. Allen declares the editors' purpose to be to preserve, "while it is still possible… these relics of a state of society which has passed away." 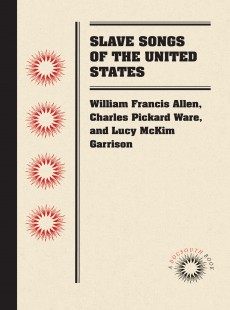 Slave Songs of the United States