In the 1920s, black janitor Sylvester Long reinvented himself as Chief Buffalo Child Long Lance, and Elizabeth Stern, the native-born daughter of a German Lutheran and a Welsh Baptist, authored the immigrant's narrative I Am a Woman--and a Jew; in the 1990s, Asa Carter, George Wallace's former speechwriter, produced the fake Cherokee autobiography, The Education of Little Tree. While striking, these examples of what Laura Browder calls ethnic impersonator autobiographies are by no means singular. Over the past 150 years, a number of American authors have left behind unwanted identities by writing themselves into new ethnicities.

Significantly, notes Browder, these ersatz autobiographies have tended to appear at flashpoints in American history: in the decades before the Civil War, when immigration laws and laws regarding Native Americans were changing in the 1920s, and during the civil rights era, for example. Examining the creation and reception of such works from the 1830s through the 1990s--against a background ranging from the abolition movement and Wild West shows to more recent controversies surrounding blackface performance and jazz music--Browder uncovers their surprising influence in shaping American notions of identity. 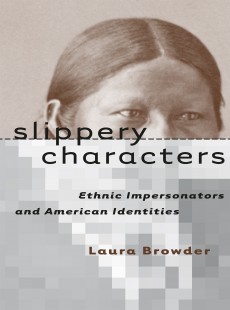