Company town. Blighted community. Beloved home. Nestled on the banks of the Rio Grande, at the heart of a railroad, mining, and smelting empire, Smeltertown--La Esmelda, as its residents called it--was home to generations of ethnic Mexicans who labored at the American Smelting and Refining Company in El Paso, Texas.

Using newspapers, personal archives, photographs, employee records, parish newsletters, and interviews with former residents, including her own relatives, Monica Perales unearths the history of this forgotten community. Spanning almost a century, Smeltertown traces the birth, growth, and ultimate demise of a working class community in the largest U.S. city on the Mexican border and places ethnic Mexicans at the center of transnational capitalism and the making of the urban West. Perales shows that Smeltertown was composed of multiple real and imagined social worlds created by the company, the church, the schools, and the residents themselves. Within these dynamic social worlds, residents forged permanence and meaning in the shadow of the smelter's giant smokestacks. Smeltertown provides insight into how people and places invent and reinvent themselves and illuminates a vibrant community grappling with its own sense of itself and its place in history and collective memory. 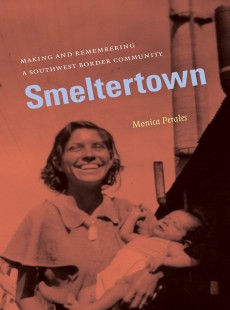