A number of arguments have been made to explain the relative weakness of the American Left. A preference for individualism, the effects of prosperity, and the miscalculations of different components of the Left, including the labor movement, have been cited, among other factors, as possible explanations for this puzzling aspect of American exceptionalism. But these arguments, says Richard Iton, overlook a crucial factor--the powerful influence of race upon American life.

Iton argues that the failure of the American Left lies in its inability to come to grips with the centrality of race in the American experience. Placing the history of the American Left in an illuminating comparative context, he also broadens our definition of the Left to include not just political parties and labor unions but also public policy and popular culture--an important source for the kind of cultural consensus needed to sustain broad social and collectivist efforts, Iton says.

In short, by exposing the impact of race on the development of the American Left, Iton offers a provocative new way of understanding the unique orientation of American politics. 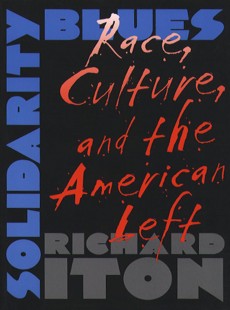 Race, Culture, and the American Left