The biographies of more than 800 women form the basis for Elna Green's study of the suffrage and the antisuffrage movements in the South. Green's comprehensive analysis highlights the effects that factors such as class background, marital status, educational level, and attitudes about race and gender roles had in inspiring the region's women to work in favor of, or in opposition to, their own enfranchisement.
Green sketches the ranks of both movements--which included women and men, black and white--and identifies the ways in which issues of class, race, and gender determined the composition of each side. Coming from a wide array of beliefs and backgrounds, Green argues, southern women approached enfranchisement with an equally varied set of strategies and ideologies. Each camp defined and redefined itself in opposition to the other. But neither was entirely homogeneous: issues such as states' rights and the enfranchisement of black women were so divisive as to give rise to competing organizations within each group. By focusing on the grassroots constituency of each side, Green provides insight into the whole of the suffrage debate. 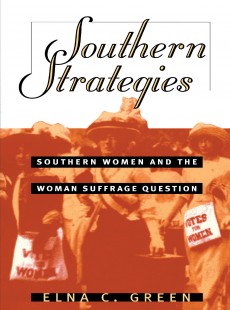