Made doubly marginal by their gender and by their religion, American nuns have rarely been granted serious scholarly attention. Instead, their lives and achievements have been obscured by myths or distorted by stereotypes. Placing nuns into the mainstream of American religious and women's history for the first time, Spirited Lives reveals their critical impact on the development of Catholic culture and, ultimately, the building of American society.
Focusing on the Sisters of St. Joseph of Carondelet, one of the largest and most diverse American sisterhoods, Carol Coburn and Martha Smith explore how nuns directly influenced the lives of millions of Americans, both Catholic and non-Catholic, through their work in schools, hospitals, orphanages, and other social service institutions. Far from functioning as passive handmaidens for Catholic clergy and parishes, nuns created, financed, and administered these institutions, struggling with, and at times resisting, male secular and clerical authority.
A rich and multifaceted narrative, Spirited Lives illuminates the intersection of gender, religion, and power in nineteenth- and early-twentieth-century America. 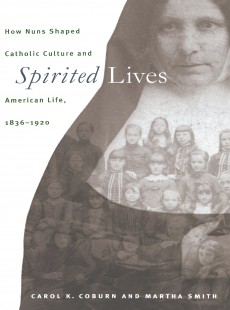