At Cedar Mountain on August 9,1862, Stonewall Jackson exercised independent command of a campaign for the last time. Robert Krick untangles the myriad original accounts by participants on both sides of the battle to offer an illuminating portrait of the Confederate general commanding his troops under the extraordinary pressures of combat. From diaries, reminiscences, letters, and newspaper articles, Krick reconstructs a vivid and detailed account of the confrontation at Cedar Mountain and Jackson's victory there. 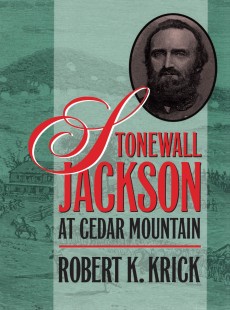