The so-called New Negroes of the period between World Wars I and II embodied a new sense of racial pride and upward mobility for the race. Many of them thought that relationships between spouses could be a crucial factor in realizing this dream. But there was little agreement about how spousal relationships should actually function in an ideal New Negro marriage. Shedding light on an often-overlooked aspect of African American social history, Anastasia Curwood explores the public and private negotiations over gender relationships inside marriage that consumed upwardly mobile black Americans between 1918 and 1942.

Curwood uses private correspondence between spouses, including her own grandparents, and public writings from leading figures of the era to investigate African Americans' deepest hopes within their private lives. She follows changes and conflicts in African American marital ideals--and demonstrates how those ideals sometimes clashed with reality. In the process, Curwood shows how New Negro marriages are an especially rich site for assessing the interactions of racial, class, and gender identities. 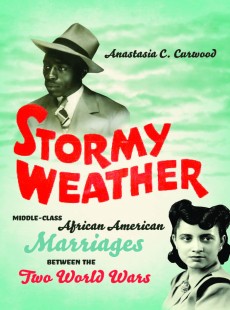