When women were denied a major speaking role at the 1963 March on Washington, Dorothy Height, head of the National Council of Negro Women (NCNW), organized her own women's conference for the very next day. Defying the march's male organizers, Height helped harness the womanpower waiting in the wings. Height's careful tactics and quiet determination come to the fore in this first history of the NCNW, the largest black women's organization in the United States at the height of the civil rights, Black Power, and feminist movements of the 1960s and 1970s.

Offering a sweeping view of the NCNW's behind-the-scenes efforts to fight racism, poverty, and sexism in the late twentieth century, Rebecca Tuuri examines how the group teamed with U.S. presidents, foundations, and grassroots activists alike to implement a number of important domestic development and international aid projects. Drawing on original interviews, extensive organizational records, and other rich sources, Tuuri's work narrates the achievements of a set of seemingly moderate, elite activists who were able to use their personal, financial, and social connections to push for change as they facilitated grassroots, cooperative, and radical activism. 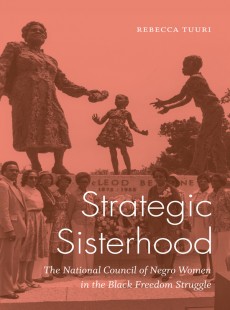 The National Council of Negro Women in the Black Freedom Struggle