Streak vividly and poignantly tells the story of "Joltin' Joe" DiMaggio's legendary fifty-six-game hitting streak and the last golden summer of baseball before America was engulfed by the maelstrom of the Second World War. That long-lost summer also witnessed other unforgettable events: Ted Williams's quest to bat 400 and Lefty Grove's pursuit of his three-hundredth victory; a sizzling, epic race between the Dodgers and the Cardinals for the National League pennant; and Mickey Owen's infamous passed ball in the fourth game of the World Series. Featuring complete box scores for each game, Streak showcases DiMaggio's crowning achievement, commemorates a baseball season like no other, and invites us to an America in the last moments of its innocence. 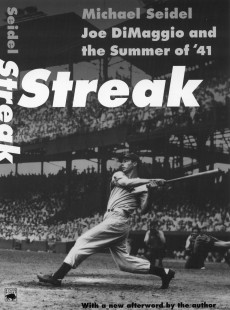 Joe DiMaggio and the Summer of '41