From the late 1950s to the 1980s, baseball's American League mismanaged integration and expansion, allowing the National League to forge ahead in attendance and prestige. While both leagues had executive structures that presented few barriers to individual team owners acting purely in their own interests, it was the American League that succumbed to infighting—which ultimately led to its disappearance into what we now call Major League Baseball. Stumbling around the Bases is the story of how the American League fell into such a disastrous state, struggling for decades to escape its nadir and, when it finally righted itself, losing its independence. The American League's trip to the bottom involved bad decisions by both individual teams and their owners. The key elements were a glacial approach to integration, the choice of underfinanced or disruptive new owners, and a consistent inability to choose the better markets among cities that were available for expansion. The American League wound up with less-attractive teams in the smaller markets compared to the National League—and thus fewer consumers of tickets, parking, beer, hot dogs, scorecards, and replica jerseys. The errors of the American League owners were rooted in missed cultural and demographic shifts and exacerbated by reactive decisions that hurt as much as helped their interests. Though the owners were men who were notably successful in their non-baseball business ventures, success in insurance, pizza, food processing, and real estate development, didn't necessarily translate into running a flourishing baseball league. In the end the National League was simply better at recognizing its collective interests, screening its owners, and recognizing the markets that had long-term potential. 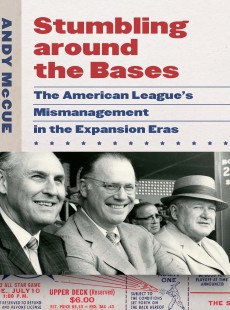 Stumbling around the Bases

The American League's Mismanagement in the Expansion Eras