In the weeks and months after the end of the Spanish-American War, Americans celebrated their nation's triumph by eating sugar. Each of the nation's new imperial possessions, from Puerto Rico to the Philippines, had the potential for vastly expanding sugar production. As victory parties and commemorations prominently featured candy and other sweets, Americans saw sugar as the reward for their global ambitions.

April Merleaux demonstrates that trade policies and consumer cultures are as crucial to understanding U.S. empire as military or diplomatic interventions. As the nation's sweet tooth grew, people debated tariffs, immigration, and empire, all of which hastened the nation's rise as an international power. These dynamics played out in the bureaucracies of Washington, D.C., in the pages of local newspapers, and at local candy counters. Merleaux argues that ideas about race and civilization shaped sugar markets since government policies and business practices hinged on the racial characteristics of the people who worked the land and consumed its products. Connecting the history of sugar to its producers, consumers, and policy makers, Merleaux shows that the modern American sugar habit took shape in the shadow of a growing empire. 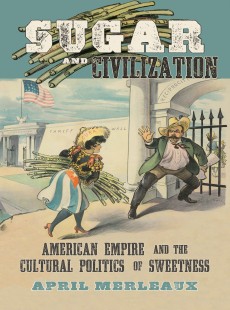 American Empire and the Cultural Politics of Sweetness