As the main artery of international commerce, merchant shipping was the world's first globalized industry, often serving as a vanguard for issues touching on labor recruiting, the employment relationship, and regulatory enforcement that crossed national borders. In Sweatshops at Sea, historian Leon Fink examines the evolution of laws and labor relations governing ordinary seamen over the past two centuries.

The merchant marine offers an ideal setting for examining the changing regulatory regimes applied to workers by the United States, Great Britain, and, ultimately, an organized world community. Fink explores both how political and economic ends are reflected in maritime labor regulations and how agents of reform--including governments, trade unions, and global standard-setting authorities--grappled with the problems of applying land-based, national principles and regulations of labor discipline and management to the sea-going labor force. With the rise of powerful nation-states in a global marketplace in the nineteenth century, recruitment and regulation of a mercantile labor force emerged as a high priority and as a vexing problem for Western powers. The history of exploitation, reform, and the evolving international governance of sea labor offers a compelling precedent in an age of more universal globalization of production and services. 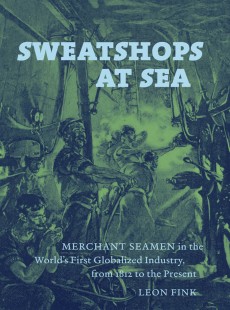 Merchant Seamen in the World's First Globalized Industry, from 1812 to the Present