In this lively collection of interviews, storied music writer Jas Obrecht presents a celebration of the world's most popular instrument as seen through the words, lives, and artistry of some of its most beloved players. Readers will read--and hear--accounts of the first guitarists on record, pioneering bluesmen, gospel greats, jazz innovators, country pickers, rocking rebels, psychedelic shape-shifters, singer-songwriters, and other movers and shakers. In their own words, these guitar players reveal how they found their inspirations, mastered their instruments, crafted classic songs, and created enduring solos. Also included is a CD of never-before-heard moments from Obrecht's insightful interviews with these guitar greats. 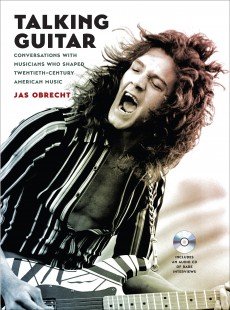