Eve E. Buckley's study of twentieth-century Brazil examines the nation's hard social realities through the history of science, focusing on the use of technology and engineering as vexed instruments of reform and economic development. Nowhere was the tension between technocratic optimism and entrenched inequality more evident than in the drought-ridden Northeast sertao, plagued by chronic poverty, recurrent famine, and mass migrations. Buckley reveals how the physicians, engineers, agronomists, and mid-level technocrats working for federal agencies to combat drought were pressured by politicians to seek out a technological magic bullet that would both end poverty and obviate the need for land redistribution to redress long-standing injustices.

Scientists planned and oversaw huge projects including dam construction, irrigation for small farmers, and public health initiatives. They were, Buckley shows, sincerely determined to solve the drought crisis and improve the lot of poor people in the sertao. Over time, however, they came to the frustrating realization that, despite technology's tantalizing promise of an apolitical means to end poverty, political collisions among competing stakeholders were inevitable. Buckley's revelations about technocratic hubris, the unexpected consequences of environmental engineering, and constraints on scientists as agents of social change resonate with today's hopes that science and technology can solve society's most pressing dilemmas, including climate change. 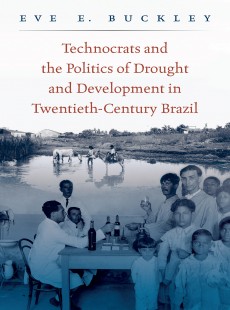