Lars Schoultz offers a comprehensive chronicle of U.S. policy toward the Cuban Revolution. Using a rich array of documents and firsthand interviews with U.S. and Cuban officials, he tells the story of the attempts and failures of ten U.S. administrations to end the Cuban Revolution. He concludes that despite the overwhelming advantage in size and power that the United States enjoys over its neighbor, the Cubans' historical insistence on their right to self-determination has been a constant thorn in the side of American administrations, influenced both U.S. domestic politics and foreign policy on a much larger stage, and resulted in a freeze in diplomatic relations of unprecedented longevity. 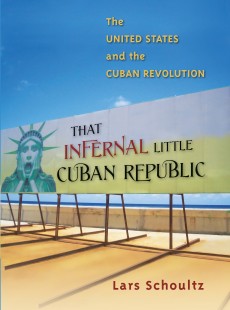 The United States and the Cuban Revolution