The American idea," a blend of the Idea of Progress and a belief in the essential goodness of man, has determined the form of much of our significant literature. Carter treats the response to this idea in most of the major and many of the minor writers of the nineteenth century, including Longfellow, Lowell, Holmes, Emerson, Thoreau, Whitman, Hawthorne, Melville, Poe, William and Henry James, Mark Twain, Howells, and Henry Adams, and sees the persistence of the idea in the novels of Saul Bellow. " 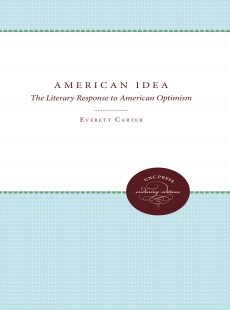 The Literary Response to American Optimism